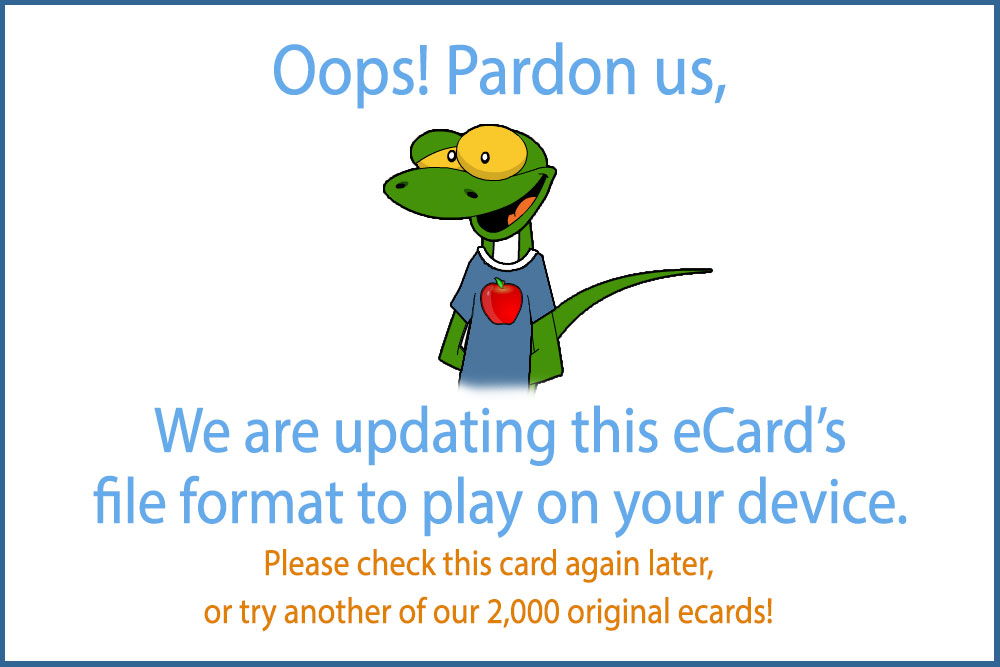 The card begins with a misty forest and we close in on a big grey and black owl. The owl flies off and we follow him mid-air right behind him. As the owl flies, we see spiders making their webs and we go on flying behind the owl and we get to a red apple hanging off a tree with the full moon in the background. The owl takes the apple with its claws and as he does, a group of bats flies on each side of the owl. We then come close to a couple of howling wolves still seeing the red apple hanging from the owl’s claws. Our owl arrives to an old house with light in the windows and smoke coming out of the chimney. The owl goes through the top left window and as we go through he throws the apple to a witch wearing a cape with a large hood. She catches the apple with her green hands and she takes a bite and shows her crooked and broken teeth as she smiles as she chews. The owl is sitting on a pole at the top of the screen and there are 3 melted candles burning away next to the witch. As the witch laughs, she throws the apple on the table in front of her. Her hand comes out of her cloak and she sends a spell to the apple and sparks and magical smoke appears around the apple as she transforms into a large lit and carved pumpkin as bats fly in the background. The witch is smiling, the owl turns its head around and is looking at us as the words have a spooky halloween appear in the glow of the pumpkin in middle of the screen as a spider pops out of the pumpkin’s mouth. 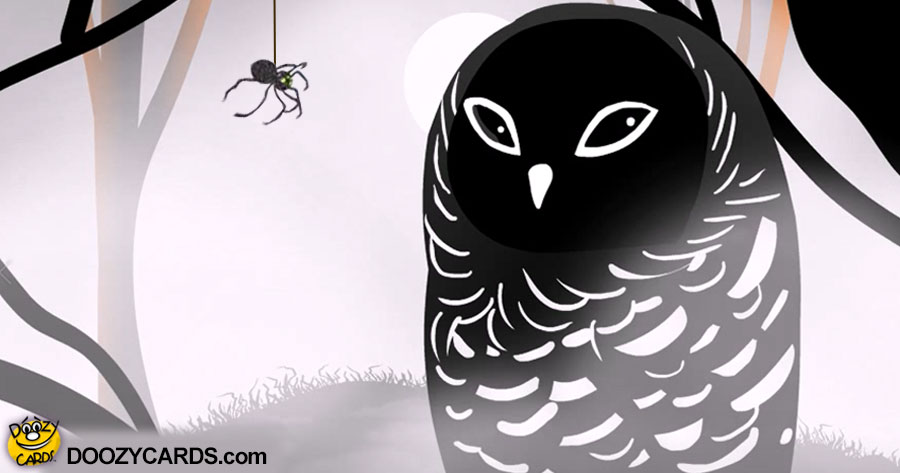